Celebrating 60 years of The Queen”s reign

People all over the country are planning public and private events to mark the occasion – are you one of them?

The Queen is Head of State of the UK and 15 other Commonwealth realms. The elder daughter of King George VI and Queen Elizabeth, she was born in 1926 and became Queen at the age of 25, and has reigned through more than five decades of enormous social change and development. The Queen is married to Prince Philip, Duke of Edinburgh and has four children and eight grandchildren.

The official Jubilee website offers a host of information about the Queen”s Diamond Jubilee, her life and some amazing pictures – check it out here.  It also includes 60 facts about the atoledo Queen you may not know including:

And don”t forget to contact us for help taking the stress out of catering for your party, themed/novelty cupcakes or even a themed Jubilee cake to make the celebrations really sparkle! 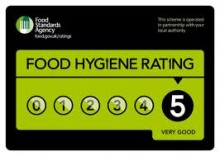 Loved the cupcakes you made for a birthday party I went to recently…. they were soooo good I sneakily took two! :-)
Kate Swan

We had a lovely hot buffet for our 60th birthday party. The casserole and curry were a winner with all our guests and the chocolate torte dessert was much praised. Everyone commented on the lovely food and the fact that the breads were home made amazed everyone. Well done Catering Heaven
Laura Sharp